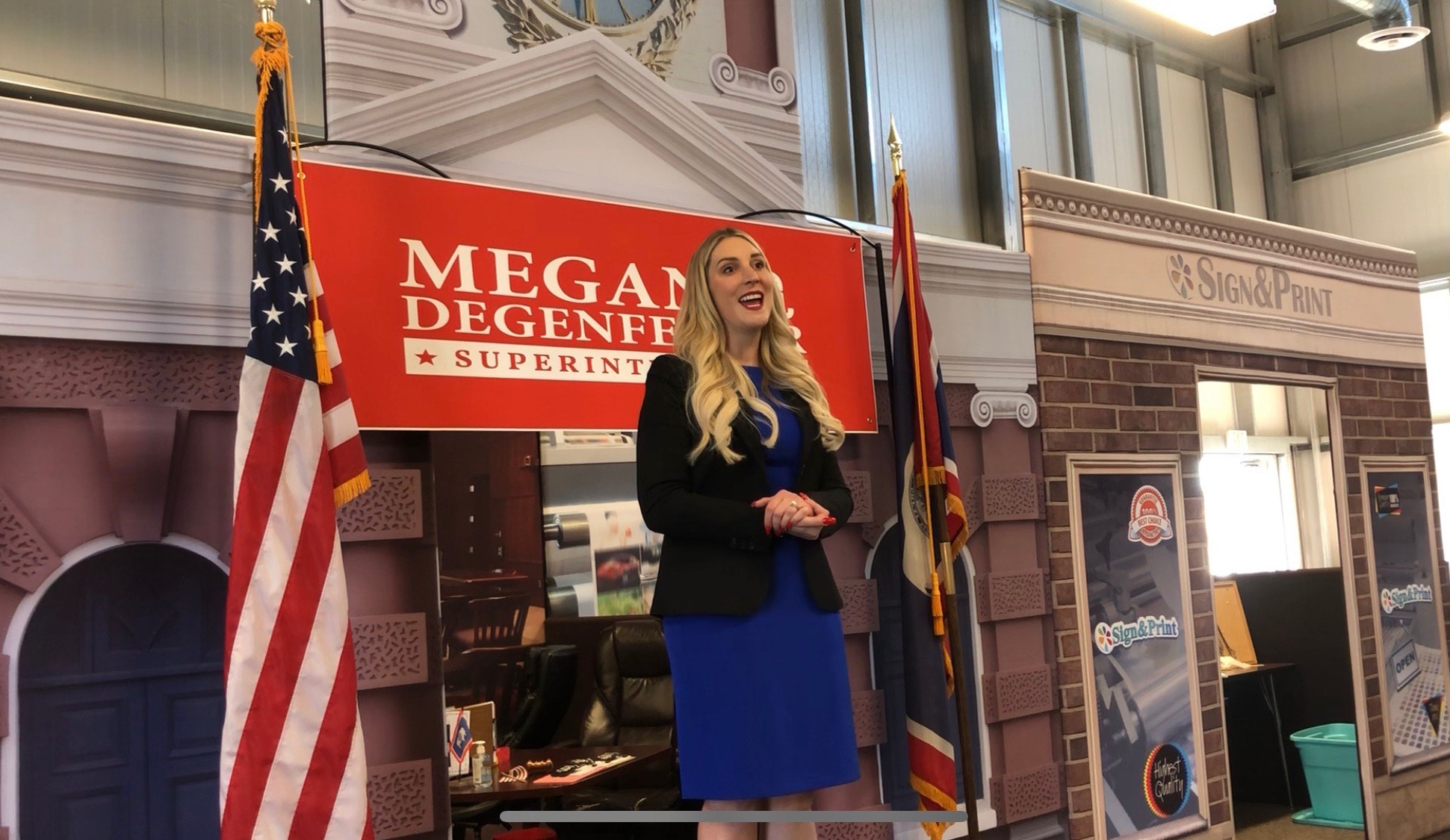 A former state Department of Education official who unsuccessfully sought to replace former Superintendent of Public Instruction Jillian Balow is running for the superintendent’s position, she announced Thursday.

Megan Degenfelder, a former chief policy officer for the state Department of Education, said during a video news conference she is running for the office in part to address problems caused by anti-American values in education and a silencing of the voices of parents.

“Opportunities for Wyoming students are slipping away as we see anti-American values creeping into the classroom, voices of parents being silenced, and future job opportunities being threatened,” she said. “But this state is full of exceptional parents, teachers and business leaders and if we all work together, we can truly accomplish great things for the future generations in this state.”

Degenfelder was one of four people seeking the state Republican Party’s nomination to serve as interim superintendent of public instruction after Balow resigned to take a similar position in Virginia. She finished fourth in voting by the party’s central committee in January and Gov. Mark Gordon selected the third-place finisher, Brian Schroeder, to finish out Balow’s unexpired term, which ends in December.

Schroeder has already announced he will seek election to a full term in the office.

If elected, Degendelder said she plans to put parents in the driver’s seat when it comes to their children’s education.

Another area that she said she would focus on if elected is bridging the gap between the Department of Education and private sector to let every district determine its educational needs based on that community’s workforce so that graduates are prepared for employment opportunities in Wyoming’s workforce.

Other goals, she said, would be to prioritize education funding so that money stays in “the classroom where it belongs with students and teachers, not central administration.”

School choice is another area she championed, particularly when it comes to letting parents and students choose the best school for their needs, whether that be public, private or Christian charter schools.

“The more choices, truly the better,” she said.

Another area she would prioritize are K-3 literacy rates. She said in 2021, only about 50% of third-grade students were performing at the advanced or even proficient level in English language arts.

“It’s not good enough, and we can do better,” she said. “And there’s some exciting momentum that’s occurring through the state Legislature right now…and I think that needs to be our priority focus.”

Degendelder touted her experience as in education and the private sector, pointing to her work in the oil and natural gas industry for Southland Royalty Company and Cloud Peak Energy.