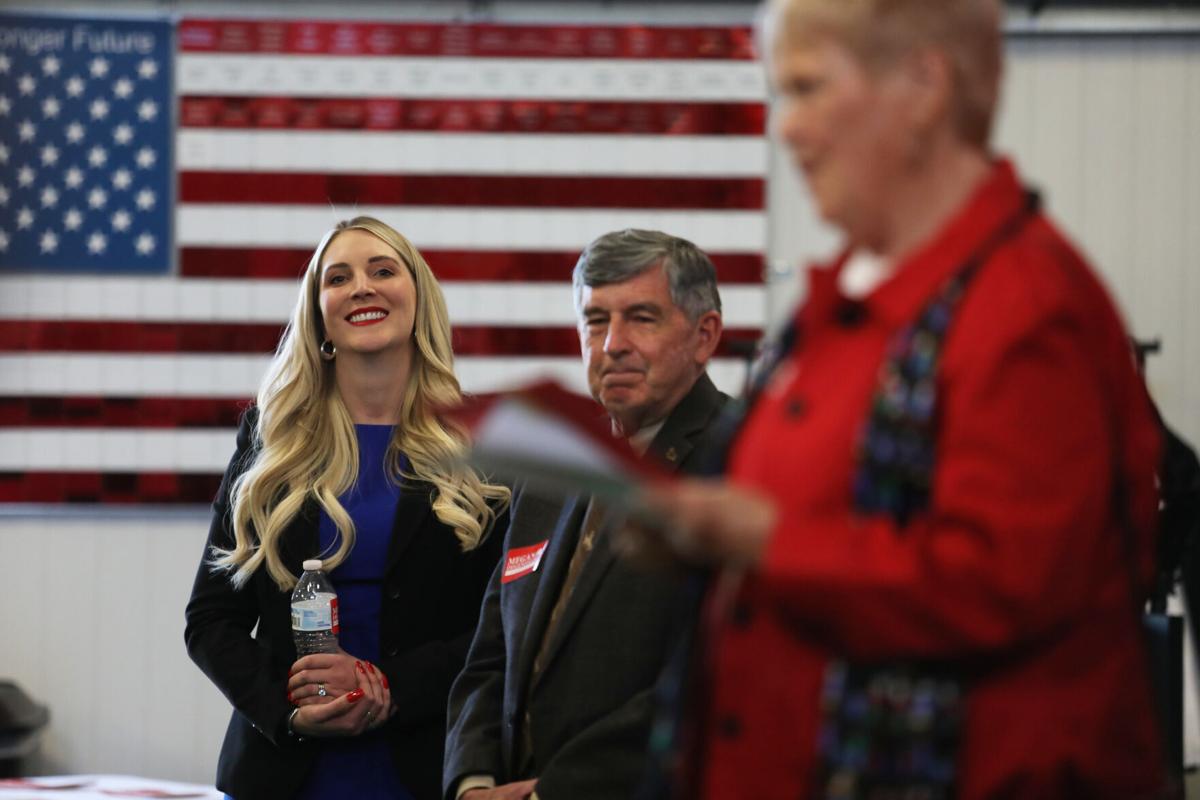 A former top official at the Wyoming Department of Education announced Thursday she will run for superintendent of public instruction.
Megan Degenfelder had sought the superintendent’s post after Wyoming’s former schools chief Jillian Balow resigned earlier this year. But the Wyoming Republican Party did not nominate her, opting for three other candidates including the current superintendent, Brian Schroeder.
Schroeder told the Park County Republican Party that he plans to run for another term, according to the Cody Enterprise.
Degenfelder, a Republican, is a sixth generation Wyomingite. She graduated from Natrona County High School and the University of Wyoming. She got her masters degree in economics at the University of International Business and Economics in Beijing, China.

She previously served as the Wyoming Department of Education’s chief policy officer under Balow and has also held positions in Wyoming’s energy industry. She’s currently the government and regulatory affairs manager for Morningstar Partners Oil & Gas.

Degenfelder said she intends to prioritize the role of parents in education.
“I plan to empower parents as the number one voice in their children’s education,” she said. “Parents know what is best for their kids, and they deserve not only a seat at the table, they deserve increased transparency and greater choices for their kids. No parent should ever be silenced in the education of their kids.”

Degenfelder was a supporter of the 2022 Civics Transparency Act, legislation that would have required teachers to list learning materials used in the classroom on a public platform. Educators said this would burden their time. Proponents said parents should be able to know what their kids are learning. The act failed to make it into law.
In terms of addressing educator shortages and educator burnout — a prominent issue across the nation in the face of the pandemic — Degenfelder said that maximizing direct classroom spending would be key.
“There are incredible efficiencies that we can work to achieve, and they might be different depending on which district we’re talking about,” she said. “But that’s going to be a key aspect of keeping our teachers handling that shortage and making sure that we’re honoring those great employees in the state.”

She also said literacy needs to be a “priority focus” for Wyoming.

The Legislature passed a bill this session to address literacy rates in K-3 classrooms. The legislation’s ultimate goal is to have 85% of students in these grades reach a proficient or advanced reading score. That’s pretty ambitious, considering that about half of third graders scored basic or below basic on their WY-TOPP and WY-ALT English tests.
Degenfelder said that improving literacy would have to involve working directly with “individual school districts at the individual level.”

Besides Degenfelder and Schroeder, no other candidate has announced a bid for the state schools superintendent position.